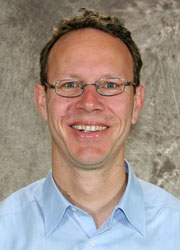 In the last few decades, computer-aided drug discovery (CADD) concepts have matured into powerful tools for identifying and optimizing lead structures. Based on the three-dimensional structure of target proteins, structure-based design has become a widespread approach to identify potential drug candidates in silico. While CADD techniques have been widely used to attain a qualitative understanding of ligand binding to proteins, a current challenge is to quantify their interaction.

Incorporation of Protein Flexibility and Quantification of Binding Affinities

To compute the binding affinity of a given compound, an accurate prediction of relative free energies of binding, e.g. by using free energy perturbation calculations, would seem to be the method of choice. Unfortunately, the associated procedures are computationally demanding and limited to the comparison of affinities of structurally rather similar compounds. On the other hand, automated docking, as used for virtual screening, is up to now limited in its potential to reliably predict binding affinities. One major drawback is the underlying rigid-receptor assumption of most of these methods: the protein conformation remains unaltered during the docking process and can not adapt its shape and properties to the ligand binding to it. X-ray crystallography, however, has clearly demonstrated the importance of induced fit upon ligand binding.

To face this problem, we recently contributed to the development of a novel concept combining automated docking and multidimensional QSAR to identify feasible binding modes of protein-bound molecules and to compute their binding affinity. During the docking process protein flexibility is accounted for by allowing the side chains of the amino acids to adapt to the compound binding to it. Multidimensional QSAR (e.g. software Quasar and Raptor) allows to represent each ligand molecule as an ensemble of conformations, orientations, stereoisomers and protonation states (4D-QSAR), thereby reducing the bias in identifying the bioactive conformer. In addition, it explicitly simulates induced protein fit. This concept was successfully applied in lead optimization projects as well as for the estimation of the toxic potential of drugs and chemicals.

In current research, we focus on the aspects of solvation, entropy, and especially protein flexibility, which are only partially included in our current technologies. Our research philosophy is to use MD simulations aiming to obtain detailed data about these aspects of ligand-protein interaction, and to translate this information into empirical models. The latter are implemented in novel computational concepts for efficient use in CADD. These new methods as well as the already developed tools are utilized to the following areas of application.

Adverse Reactions of Drugs and Chemicals

An analysis of the main reasons for attrition in drug development showed that more failures are attributed to poor pharmacokinetics, animal toxicity and adverse effects in man than due to lack in efficacy. Thus, a fast and efficient prediction of adverse reactions of drugs as early as in the design phase of synthesis of compounds by computational means becomes desirable. One important molecular mechanism triggering adverse reactions is due to the binding of small molecules to specific receptors or enzymes.

Molecules may share pharmacophoric properties similar with the endogenous compound, thus, simulating the biochemical effect activated by the very receptor. Molecules can also trigger the inverse physiological result, agonism or antagonism. For example, drugs and chemicals in our environment can bind to nuclear receptors and induce or inhibit the transcription processes, resulting in endocrine disrupting effects (e.g. development and reproduction toxicity; cancer). Various simulation studies on estrogen, androgen and thyroid receptor have shown that our concept is able to predict binding affinities of structurally diverse sets of compounds, and thus to estimate receptor-mediated toxicity.

Inhibition of cytochrome P450 (CYP) enzymes by small molecules represents a major mechanism associated with undesired drug-drug interactions responsible for a substantial number of late-stage failures in the pharmaceutical drug development process. For a quantitative prediction of associated pharmacokinetic parameters, we developed a computational model for CYP3A4, allowing us to predict the inhibitory potential of structurally diverse molecules. This specific enzyme is responsible for metabolizing more than 50% of the marketed drugs.

We are further interested in optimizing new lead candidates for GPCRs. As no experimental data on the 3D structure of the protein is available, we identify the conformation of the ligands and their relative orientation by maximizing the similarity of the physico-chemical properties of the compounds in 3D space using the Symposar concept. Symposar aligns ligands utilizing fuzzy-like 2D-subfeature mapping and, subsequently, a Monte-Carlo search on a 3D similarity grid. The resulting ensemble of binding conformations has been used as input for the multidimensional QSAR technologies, to quantify the binding energy. Applying this concept to predict the binding affinity of 186 molecules for the Bradykinin B2 receptor by means of the Quasar and Raptor technologies allowed for consensus scoring and generated topologically and quantitatively consistent receptor models.