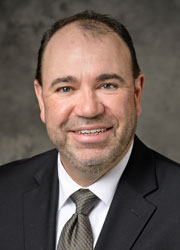 Proper control of the chemical mediators of neurotransmission requires dynamic regulation of neurotransmitter concentrations in the synapse. For most transmitters such as serotonin, clearance from the synapse is mostly dependent upon an active uptake system mediated by Na+- and Cl--dependent transporter proteins located on presynaptic terminals. In addition to these active transport systems, recent evidence suggests that certain neuromodulatory substances such as the putative endogenous cannabinoid anandamide are removed from the synapse by facilitative transport processes. Our research focuses on identifying structural determinants of functional and pharmacological properties of serotonin and anandamide transporters. These studies use multiple techniques including expression and characterization of cloned transporters in mammalian cells, electrophysiology, immunoblotting, the formation of chimeric proteins, and site-directed mutagenesis to investigate the molecular properties of these transporters.

Serotonin transporters (SERTs) are of particular clinical interest because they are the molecular targets for many antidepressants such as imipramine (Tofranil), sertraline (Zoloft), and fluoxetine (Prozac), as well as many drugs of abuse like cocaine and amphetamine. The cloning of SERT revealed a proposed protein structure consisting of 12 transmembrane-spanning domains. The question related to this structure is what amino acids are involved in the formation of the binding site for SERT inhibitors and substrates? We are currently using chimeric protein and mutagenesis strategies to identify amino acids involved in the pharmacological properties of cocaine and amphetamines like MDMA or "ecstasy." In addition to molecular biology approaches, we anticipate using structure-activity relationship studies and molecular modeling to further refine our understanding of drug binding and action at serotonin transporters.

We are also interested in the identification and characterization of transport proteins for the endo-genous cannabinoid anandamide. Anandamide (N-arachidonylethanolamide) is a member of a larger class of fatty acid derived signaling molecules that possess in vivo and in vitro marijuana-like actions. Evidence suggests that anandamide is rapidly transported into neurons and astrocytes after release, where it undergoes rapid intracellular degradation. Anandamide uptake appears to be a facilitative process, and we have evidence that the intracellular metabolizing enzyme, fatty acid amide hydrolase (FAAH), plays an important role in maintaining the inward gradient needed for anandamide transport. Future studies in this area will focus on better understanding the role of FAAH in anandamide uptake as well as identifying novel proteins that may also be involved with anandamide transport.

Click here for a PubMed Listing of Dr. Barker's publications